Bitcoin (BTC) was just a stone’s throw away from the all-time high (ATH) of $ 64.8,000 during intraday trading as it was reportedly fluctuating around $ 62,202 CoinMarketCap.

The benchmark cryptocurrency has seen significant upward momentum that has allowed it to break the psychological price of $ 60,000 last week. This milestone was last seen in April.

Hence, the value stored on the Bitcoin network based on the realized price is at a record high. On-chain analyst Will Clemente explained:

“Realized price continues to hit new highs, now over $ 22,000. This means that the value stored on the Bitcoin network is at an all-time high. Realized cap / price is the capitalization of BTC based on the last movement of a coin. (Example: 10 BTC last moved at $ 1 adds $ 10 to RC). “ 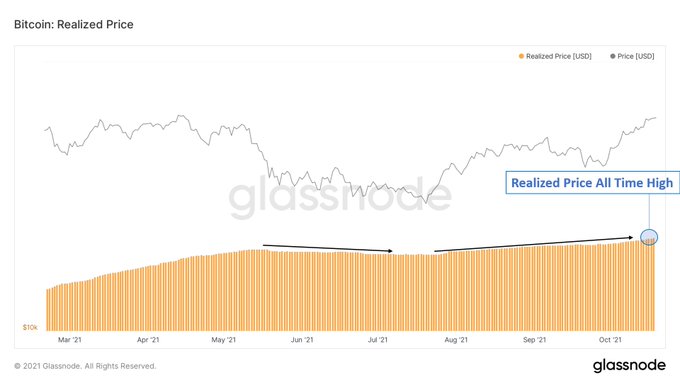 Bitcoin is experiencing a surge in activity. For example, large BTC transactions worth more than $ 100,000 have dominated the ecosystem, suggesting that institutional investment and whale activity have increased.

Additionally, Bitcoin has outperformed commodities so far this year.

There is more room for bitcoin to grow

To to the market analyst Ali Martinez: 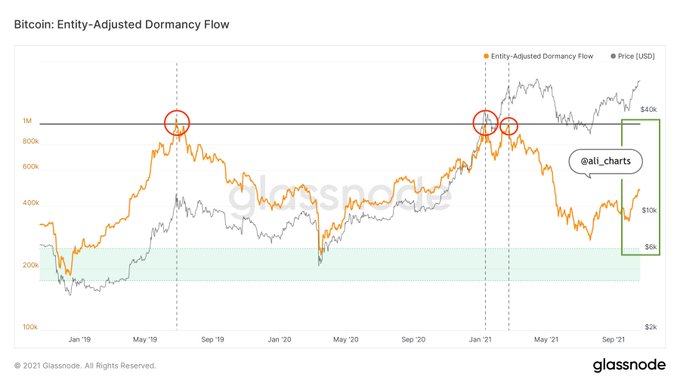 Based on this analysis, there is more room for Bitcoin to grow. Therefore, if BTC can break the ATH level of $ 64.8,000, the price could continue to rise.

“The volume and open interest of Bitcoin options exploded in October. Open interest has risen an incredible 107% ($ 6.3 billion) since the September lows. “ 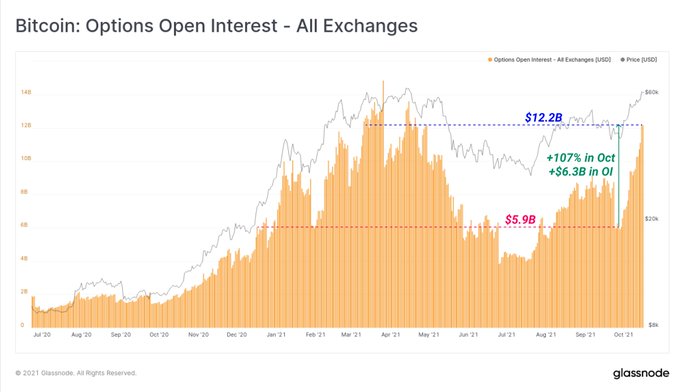 It remains to be seen whether Bitcoin will soon set a new ATH price.